Apparently the key to masculinity is being feminine according to TVO. Apparently there is no masculine form of care or communication. It really is amazing how out of touch people have become with boys and boys needs when their view of boys is closer to the definition of a manikin than it is a human being. To suggest that boys are failing because of masculinity is nothing more than an overt expression of hatred towards men. Well, there’s no one better to table a discussion on boys than Nam Kiwanuka herself.

Around the table was Alex Russell, Rachel Giese, Damen Ferries and Tiq Milan. The fact that TED hosted Tiq and Alex really highlights the low standard of qualifying speakers. Where they get up on stage and have a moment of pure narcissism in the form of virtue signalling and progressive propagandism. Without having any intellectual or scientific claims challenged, without being vetted for any credentials before being promoted as an authoritative voice to talk about whatever they want for the world to just accept. You see friends, free speech does live. Only if you talk about the right things. Even I wouldn’t presume to take a stage to talk about science as though I have any authority to do so. But today those with opinions of global warming and patriarchal oppression receive the status of expertise we normally grant to evidence based arguments. The TED stage might as well just change to the SJW stage. But I wouldn’t move to change anything, even if I don’t like it, more voices are always better than less. Because free speech advocacy is defending speech I disagree with. And at least I can use it here to help me understand and debunk.

These are the people who TVO thought would be best suited for a panel about the current boy crisis. To be fair, I’m just surprised their willingness to even acknowledge that there is a boy crisis at all. But like Alex Russell pointed out, “it may be a good thing that there is a bit of a crisis.” As they discussed the dangers of toxic masculinity. Part of the reason why Jordan Peterson has become so famous is because of his unrelenting efforts to push back against these intellectually dishonest lies to push an ideological narrative aimed at nothing less than the deconstruction of western society. The devil truly is in the details.

Peterson addressed toxic masculinity at a Q&A recently while touring through Sweden. An egalitarian crowd looked on, expecting some alt-right rejection of toxic masculinity but then were silenced into a mode of contemplation when he explained that the problem wasn’t a masculine problem, it was a human problem. See, the extreme left wants to eliminate all sex differences because of the harmful nature of stereotyping but they sure don’t like to entertain the idea that women have equal capacity, as men do, for evil in their hearts. But then that would indicate that perhaps femininity may not be the answer to a boy crisis. And we just can’t have that.

It pains me to watch my once beloved TVO spiral further and further down the toilet bowl of post-modern, neo-marxist, 4th wave feminist, rhetoric. But their failings are simply opportunities for others. I’m not here to solve the problem with why boys are failing in society. But what makes this new surge of alternative news media, specifically those who follow the intellectual dark web, is they can facilitate these discussions that the mainstream media out right ignore. 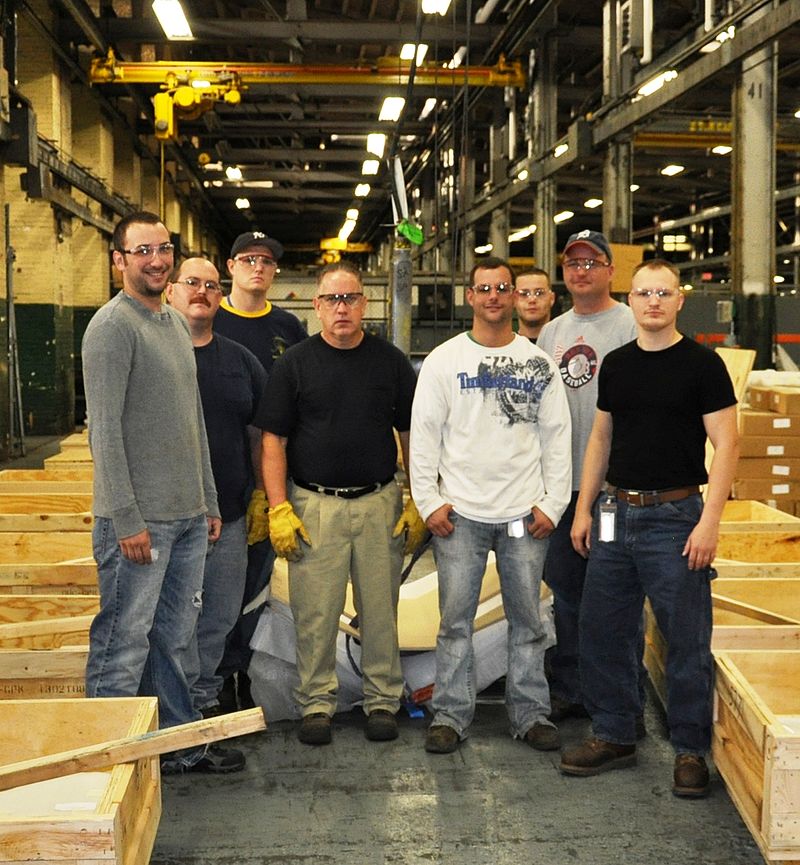 All I can do is speak to my own personal experience growing up. Which was the participation generation where nerds were the new jocks. Self deprecating was the mainstream style of humour and a preliminary form of wokeness was a better judge of where you stood on the social hierarchy where you obtained status by signalling virtues rather than flexing muscles. However that never stopped the girls from going after the most aesthetically pleasing guys. And I lived by this philosophy that you didn’t need toughness to define you as a man. And that all attempts to scale a man’s worth was simply a form of dick measuring. Which usually translated as excuses to dismiss my deep incompetence. Then I decided to take my place at the lower end of the social hierarchy by getting into plumbing. Boy oh boy, did I learn quick how pathetic I was. So often I was tempted to abandon this competitive, physical, tough-guy oriented, foul mouthed, judgemental trade which valued me as very much below average. But I’ve never been afraid to challenge myself. Mainly to feed my self entitlement and ego.

I wasn’t about to let some cave man make me fail at pursuing a simple trade! Then I realized just how complex plumbing actually was. Wasn’t at all like my guidance counsellor made it out to be when he scoffed at the idea of me pursuing a trade. But the challenge didn’t deter me from my desire to succeed, it just made me respect it. Once I respected it, I took it more seriously. And it wasn’t until that one day when I finally did good by my colleagues when they actually congratulated me on my work. Then it happened. There, standing shoulder to shoulder with this group of overtly masculine men, drinking hot coffee while working in -40 degree weather at midnight. I felt like one of the guys. And it felt like having pride for yourself, your team and your responsibilities. And that was it, I was hooked and I never looked back. Now people pay me for my expertise and I’ve completely transformed from the weak man I was to the strong man I am today. But not every man finds his place.

Power isn’t what make men strong, power only leads to tyranny. It’s competence that defines a man as strong. And real “toxic masculinity” comes from weak men, not strong men. And doing nothing but sneering at masculinity and promoting more femininity among boys will not produce strong men. It’s not like these “progressives” don’t know that. This TVO discussion wasn’t about compassion for boys, it was about hatred for men. But what made it so scary was the fact that most of those who participated had a son at home. They need to look themselves in the mirror and ask if they’re raising a boy or a social experiment. And they’ll need to listen very carefully to what answer they get. So this is my plea to anyone who will listen. When we see a narrative from the mainstream, let us work to counter it with truth and leadership. If I could assemble my own panel of experts to talk about masculinity, it would be:

“Each day is God’s gift to you. What you do with it is your gift to him.” – Pastor T.D. Jakes, Author of He-motions, The T.D. Jakes Relationship Bible and So you call yourself a man?

“No group of women can wage war on men without at the same time denigrating the women who respect those men.” – Christina Hoff Sommers, Author of The War Against Boys, Freedom Feminism and One Nation Under Therapy

And I feel an ideal moderator would be David Fuller of the Rebel Wisdom YouTube channel. Bringing his insights as someone who participates in mens weekend events aimed at transforming, brotherhood and expansion, Fuller would not only bring his interviewing skills to the table to facilitate a useful discussion but use his own experience and insights to add substance to the content. I don’t know if it would be possible to get these four individuals at a table together but I feel a round table panel would function way better than attempting a four-way skype call. Unless He were to do a four part series on the crisis of boys with each speaker individually, but I think getting everyone together would make for a more power conversation. 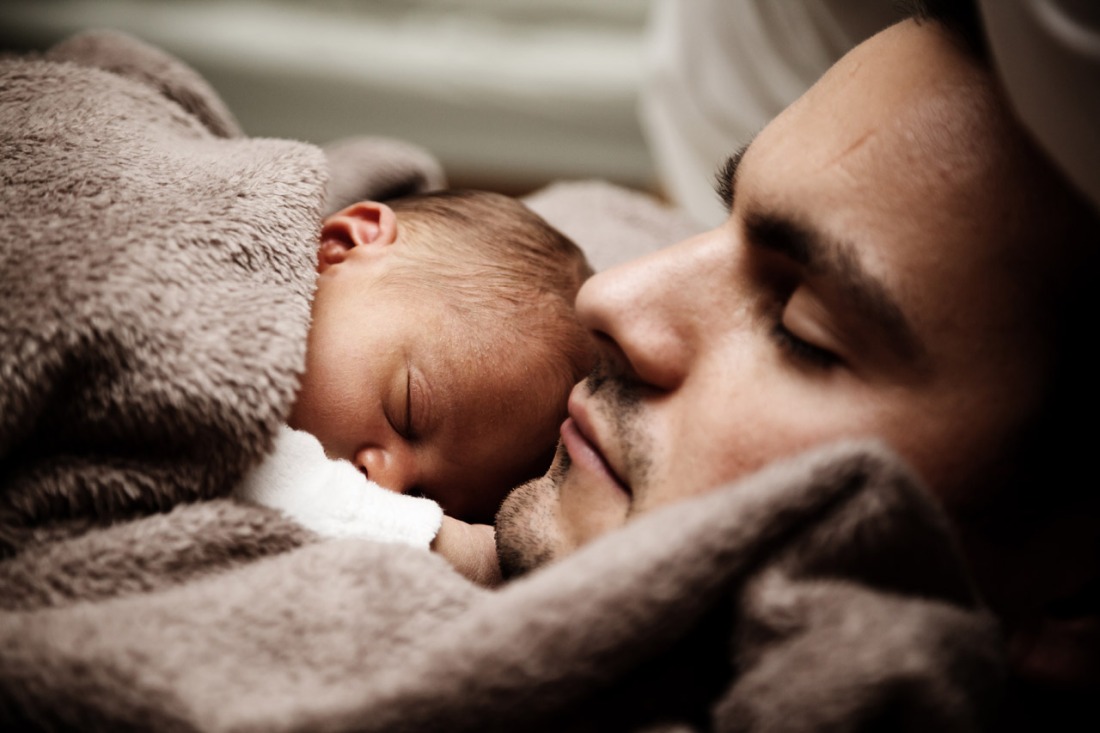 Let’s be very clear who exactly we’re talking about when we talk about “men”. We’re talking about boys, sons, nephews, cousins, and friends. We are also talking about fathers, step fathers, uncles and grandpas. But we’re also talking about colleagues, bosses, students, teachers, role models, clients, servants and recipients. And we are equally discussing every single person’s relationship with every one of those men. We’re talking about what role masculinity plays in every aspect of our lives in a world that we all have to share. This garbage TVO smear campaign against masculinity didn’t even scratch the surface let alone address the crisis of boys. So share this, get it out there, let’s stand up for boys so some day they can be the men standing up for the boys of their day. The only way to offer women better options than what they have today is to create better men. Behind every great man you will find a great woman. I look forward to the day that behind every great woman is a great man. True empowerment must make us all strong.

“I equate toughness with moral fiber, with character, with principle, with demonstraed leadership in tough jobs where you emerge not bullying somebody but with the respect of the people you led. That’s toughness. That’s fiber. That’s character. I’ve got it and if I happen to be decent in the process, that should not be a liability.” – George H W Bush, 41st President of the United States of America, 1979.

Published by THE 301 CHAMP

Want to get something off your chest? Stop self censoring yourself and speak from your heart. Let's have a real discussion. View all posts by THE 301 CHAMP